Space Rogue: How the Hackers Known as L0pht Changed the World 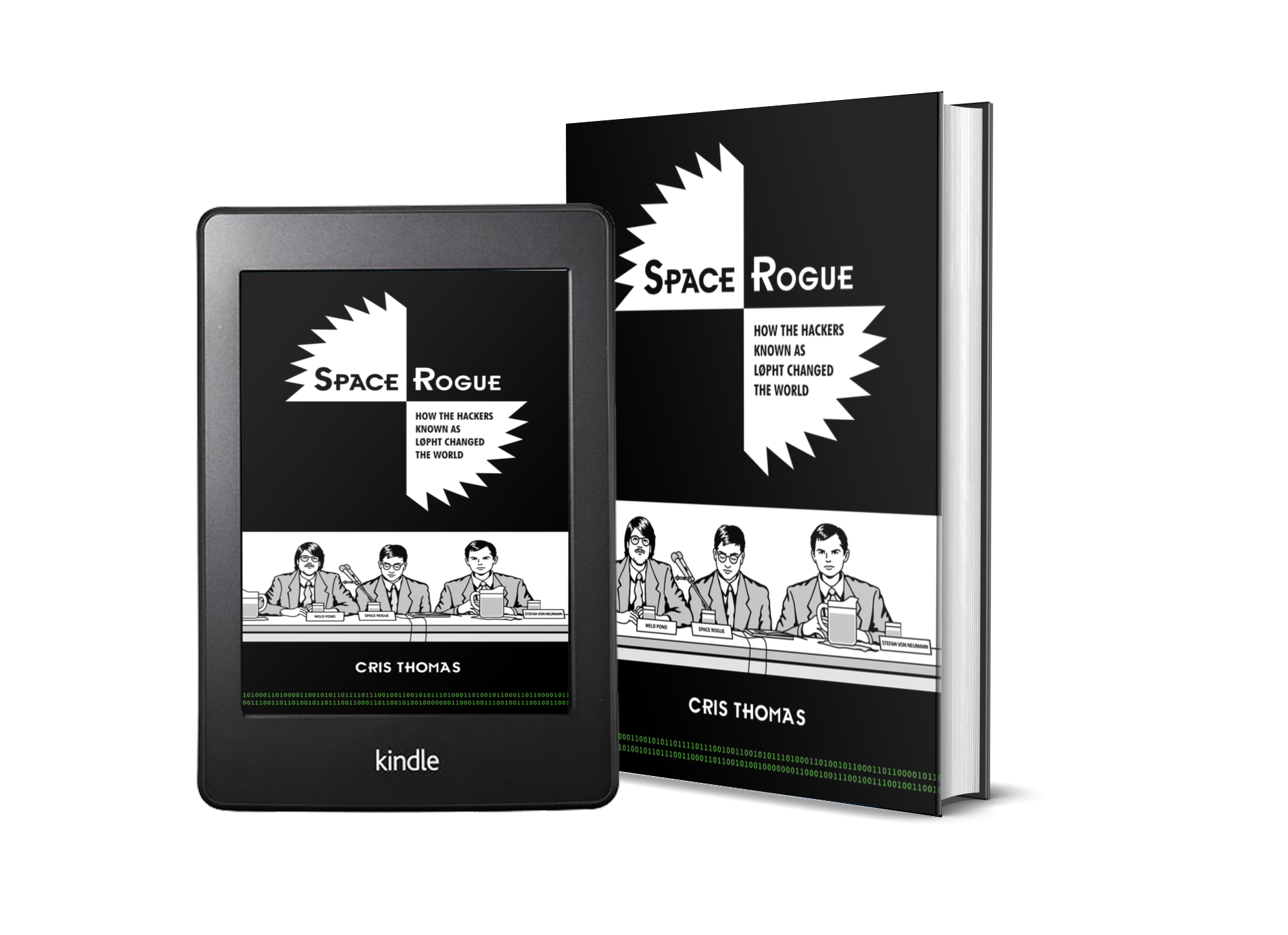 Space Rogue: How the Hackers Known as L0pht Changed the World

Space Rogue gives a behind the scenes look at the famous hacking group, their senate testimony, and how their legacy continues to shape the security of the online world today.

PHILADELPHIA, PA, January 11, 2023—The memoir of world-renowned hacker Cris Thomas “Space Rogue: How the Hackers Known as L0pht Changed the World” is available for pre-order now. The new book, to be released on February 16, 2023, will cover the influential hacking group L0pht Heavy Industries, the hacker underground of the 1990s, the L0pht’s rise to prominence, their testimony in front of the US Senate, their claim of being able to “take down the Internet”, and how their legacy continues to shape the security of the online world today.

In May 1998, the US Congress invited the seven members of the L0pht to testify on the state of government computer security. Two years later, that same group rode the dot-com bubble to create the preeminent security consultancy the industry has ever known, @stake. Along the way, they stood up against tech giants like Microsoft, Oracle, Novell and others to expose weaknesses in those companies’ premiere products. Despite the L0pht’s technical prowess, the group could not keep what they had built together as money and internal politics turned friend against friend. Look inside L0pht Heavy Industries, or simply The L0pht, one of the most influential hacker groups in history. From formation, to congressional testimony, to going legit and the aftermath that followed. Follow the hacker ‘Space Rogue’ as he takes you on a journey through the magical hacker scene of the 1990s.

The L0pht hacker collective no longer exists, but its legacy lives on. L0pht set the standard for how the cyber security industry now releases vulnerability information. Famous hackers that were once L0pht members, Mudge, Weld Pond, Kingpin, Dildog, Space Rogue, and others have done even more impressive things in the following years. The hackers and consultants hired by @stake and indoctrinated into the L0pht way of thinking have now become giants in the industry. All the hackers who read security information off the L0pht’s website, downloaded software from the Whacked Mac Archives, or watched the Hacker News Network and became inspired have changed the world more than the L0pht could have ever done alone. The L0pht’s message of bringing security issues to light and getting them fixed still echoes throughout the industry and is more important today than ever. The L0pht’s dire warning of an increasingly dependent culture on a fragile Internet made during their testimony twenty-five years ago still holds true. In fact, the Internet may be in even be worse shape today. Is it too late to listen?

About Space Rogue (Cris Thomas)
With over two decades of experience, Space Rogue (Cris Thomas) has testified before the U.S. Senate Committee on Homeland Security and Governmental Affairs, and has been interviewed by Wired, CNBC and even MTV. He created the wildly popular websites the Whacked Mac Archives and Cyber Squirrel 1. He produced the weekly podcast SpiderLabs Radio, and the critically acclaimed weekly news video program the Hacker News Network. His writing has appeared in Network Computing, New Statesman, The Hill, and the Christian Science Monitor. He has spoken at security conferences such as Def Con, Blackhat, and Shmoocon. Space Rogue currently works as the Global Lead of Policy and Special Initiatives for the legendary IBM X-Force.

The book is available for preorder today and will be released on February 16th in hardcover, paperback and eBook at better books stores everywhere. Distributed via Ingram Spark.

To schedule an interview or to receive an advanced editorial review copy, submit a request to
spacerog @ spacerogue . net For more information visit https://www.spacerogue.net